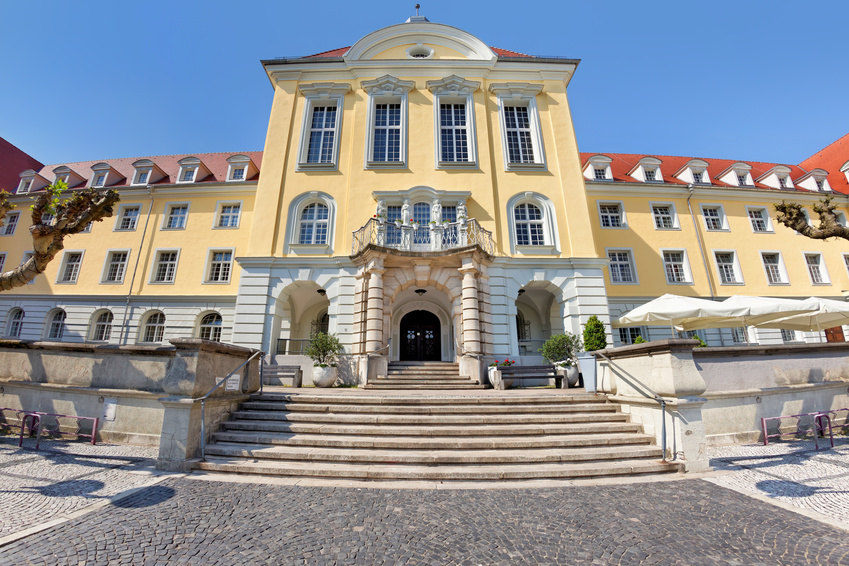 If the city of Herford is not familiar to you, you are not alone. However, the missing fame is your chance. Since the facts speak for the small capital town with only 66.000 inhabitants in North Rhine-Westphalia: The circle Herford belongs to the districts with the closest population of Germany.

The international main traffic routes of Berlin, Hannover in the direction of Rhine Ruhr and to the Netherlands run through it; on the one hand by the highways A2, A30 and A33, on the other hand by the main axis of the German railways. 4 airports are to be reached within one hour journey time.

Hidden champions in and around Herford.

These advantages are used by many middle-class and well established enterprises. The circle Herford hosts the highest density of furniture producers worldwide. Four out of five of the biggest culinary manufacturers of Europe are here. Further main focuses are the mechanical engineering, the food branch and the textile branch (three of the five biggest men`s fashion manufacturers of Europe have there headquarter in Herford). As center of the region East-Westphalian / Lippe, Herford profits from one of five strongest German economic regions with about 140.000 enterprises (among others companies such as Schüco, Oetker, Melitta, Edeka, Bertelsmann, Nobilia, Claas, Brax and many more), with a million employees and a GDP of more than EUR 70 billion per year.

In the circle Herford existing hotels achieve with approx. 2.1 million overnight stays an occupancy rate of more than 75%. So far, no international hotel brand was established here. That means best conditions for a new hotel with a famous operator to fill the gap in the market with the new hotel project.

The new hotel complex with about 135 rooms, public bar and lounge area, as well as conference rooms is planed as a design-oriented business hotel. After completion an international and famous hotel operator takes over the management. The lease contract fixes for 20 years a guaranteed income. The guaranteed yield lies with an average of 5,6% p.a. and can increase by a bonus depending on the turnover with good business development up to 6.4% p.a. The total investment volume is EUR 15 million.

Click here for detailed information about our hotel offers